An incentive to encourage people to begin the vaccination process against COVID-19 during the Hardin County Fair was rejected by the Kenton-Hardin Health Board on Tuesday.

Public Information Officer Kelsey Ralston presented the proposal to the board on behalf of Health Commissioner Cindy Keller, who was absent.

In the plan, a visitor to the fair would receive the first of two shots of the Moderna vaccine at the fair and once they were administered the second injection, a donation of an undetermined amount would be made to the fair board on behalf of the vaccinated person.

Union County had a similar program for the Richwood Fair, Ralston said.

She told the board the program was meant to encourage people to get the vaccine, but also to monetarily thank the fair board for its partnership during the pandemic.

“They have been a very supportive partner,” Ralston said of the fair board.

“I don’t think incentives are a good thing,” said board member Jamie Hunsicker.

Board member Jeryl Kissling said she was not opposed to incentives for the vaccines, but questioned if a donation to the fair board would encourage many people to take the shots.

The board rejected the plan.

In a written report to the board, it was reported there are currently 21 active cases of COVID-19 in the county in which the person is in isolation.

A total of 157 cases required hospitalization, according to the report. The average age of the impacted person was 44 and 55.6 percent were female. The age range for those impacted was less than one year to 103.

The number of cases peaked in November last year, according to the report.

Also at the meeting, Commissioner Fred Rush told the board he had discussed the department’s concern with sanitation systems in the small, unincorporated communities throughout the county.

It was reported in July the Ohio Environmental Protection Agency was considering taking steps to force those areas of the county to install centralized sanitation systems and the cost of doing so could fall to the county, noted the commissioner.

Rush said he has met with Regional Planning Director Mark Doll to consider options for the county should that action be needed. The county is looking into grants available for such projects, he told the board.

In other business, the board:

– Heard a report from Environmental Services Director Shane Lotts that he is working with Dudley Township trustees in addressing nuisance concerns at the John Bennett property. Lotts said he has provided the trustees with a letter of opinion on the site.

– Approved the purchase of a sanitary tank for a property in Jackson Township.

– Heard Director of Nursing Melissa Humble report those residents advised to have booster shots for the COVID-19 vaccine can get them beginning next week at the health department. Those eligible include people with cancer or residents who have had transplants. 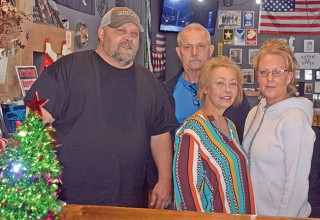 Our Place, others join efforts to offer free holiday meal 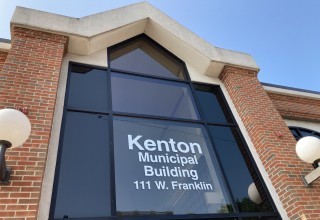