Roof family planning an inclusive playground behind YMCA in Kenton

An anonymous author once said, “Some souls are too beautiful for this world, and so they leave.”

Chad Thomas Roof, born and raised in Kenton, impacted a lot lives in his 37 years in the city.

From golf cart rides around town to his infamous greeting of “Hi,” Chad was well known within the community. His abrupt loss on Oct. 12 was felt not only by his family but to everyone that knew him.

The Roof family of father Thomas, mother Alice, and sister Taylor Roof Klinger, are working diligently on building an inclusive park in remembrance of Chad.

The family is planning to build the park behind the Hardin County Family YMCA  in Kenton, with the hopes of breaking ground in March of next year and having it completed by June.

The inclusive park will be geared toward handicap accessibility, Americans with Disabilities Act (ADA) compliance, and providing fun for the entire community.

“We are going above and beyond,” said Taylor Klinger, Chad’s sister and the main coordinator for the park.

Klinger said that the new park will include equipment that is bright and vibrant in color.

It will include larger pieces that will be able to accommodate children and adults, as well as include a smaller child section that includes an awning.

The park will have three bays of swings with a set of typical swings, a set of toddler swings, and an adaptability harness swing.

There also will be a handicap swing that is designed for wheelchairs, and multiple other pieces that will be easily accessible for everyone.

The plot of land that the park is being built on is within the city limits. It will be accessible from Franklin Street that runs behind the YMCA.

She said they will be putting in a parking lot right beside the park.

Klinger was a former parks director for Kenton, making the transition into planning much smoother.

She said that it was always a goal of hers to build some sort of inclusive playground. The city just didn’t have the funding.

“This was definitely something that our community needed and for me is was a passion project,” said Klinger.

The Roof family was planning on funding the park themselves. They had set aside an amount for the park and put a trust in place to maintain the park.

However, once they started working on the plans the word got out and people started, and haven’t stopped, donating to the cause.

“People were influenced by him that we didn’t even know,” said Klinger.

Klinger said this has always been something in the back of her mind that she’s wanted to do.

“I never expected it to be under these circumstances,” said Klinger.

Her brother passed away from a choking accident in mid-October. The family chose not to have a funeral for Chad.

He was diagnosed as non-verbal autistic as a child. His  parents kept him very involved around town. He was a frequent visitor at football games and at the grocery store.

“He made a huge impact without really speaking words,” said his sister. “The only word he ever knew was ‘Hi’.”

Klinger said that people tell stories of knowing he was around just by hearing him say “Hi” from a distance. “He couldn’t express much, but he changed things for the better,” she said.

“He lived a very happy life,” Klinger said. “Chad touched everybody in the city of Kenton, and it’s amazing how people accepted him.”

“Whether you knew him or you knew of him, he was a staple in the town and we want to carry on the legacy,” she added.

Klinger said that her family wants to give back to the community that treated her brother so well.

Since Klinger is a a former park employee she has a working knowledge of how the park planning processes work.

“It’s something that we put together right away and I had a view of what I wanted to create,” said Klinger.

She said she has used a couple tricks of the trade while executing the park plan.

When choosing the equipment for the park she not only specifically looked for items compliant with ADA guidelines for gifted children, but also whether they were in a nearby warehouse or not. 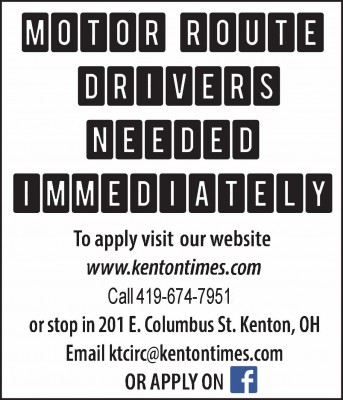 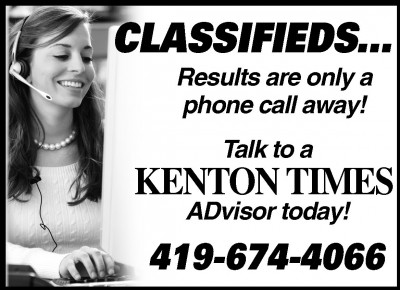